Bungie presents an action-packed, shared-world FPS game that takes players to the world of frantic gameplay, experienced from the first-person perspective for complete immersion. Destiny 2: Forsaken Steam key adds content across the game, including new missions, maps, player gear, weaponry, a brand new PvE/PvP hybrid game mode and a new raid. Intricate challenges, spectacular bosses and missions that demand everything that you can give – all of this becomes your reality to experience once you buy Destiny 2: Forsaken PC key!

A quest for vengeance

Have you been craving for some dark-themed story to experience? In that case, you came across a perfect title for you because Destiny 2: Forsaken (DLC) takes players to the ominous world filled with intrigues and brutal encounters. The story opens up with an impressive prison-break where you meet a Fallen crime boss named Spider and familiar faces from the previous games like Petra Venj. After Cayde’s bloody death, we are restlessly searching for all the Barrons that are involved with the murder of your dear companion. Destiny 2: Forsaken CD key dispatches players into the world that holds no remorse for loss.

How do you play Forsaken 2: Destiny?

Destiny 2: Forsaken Steam key offers a fully developed single-player campaign, and also presents new Crucible maps and a new mode which combines elements of PvE with PvP to challenge players effectively. Experience more flexible and advantageous gameplay with revised weaponry at your disposal, because the open-world Reef environment, which has become a great part of this story, harbours many enemies that you must take down using wit and skill! If you want to distract yourself from the story mode, feel free to enter the multiplayer mode called the Gambit. This mode combines PvE and PvP is a best-of-three rounds mode featuring a new character called the Drifter as its NPC character! Forsaken takes you on an adventure you will never forget.

Buy Destiny 2: Forsaken PC key and use the seemingly unlimited gameplay potential offered by the DLC!

• New gear. Take aim with the fabled Izanagi’s Burden, and wield Cayde-6’s Exotic Hand Cannon – The Ace of Spades;
• Explore the rich world. Thread through the halls of the Shattered Throne, discover treasures holding great power, and fight the evil forces that plague the city;
• Three new subclasses. The coming of three fresh subclasses rewards you with blinding power to crush your enemies with weapons of fire, blind them with radiance, and strike from the shadows with terrifying precision like a true assassin;
• New raid. Take on the challenge to enter the Raid: Last Wish where you must storm the gates… If you are capable enough;
• Cheaper Destiny 2: Forsaken price. 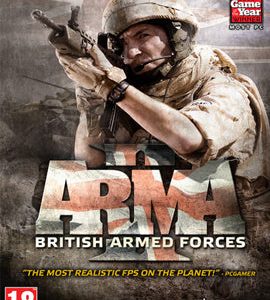