Test the limits of your Xbox One or Xbox 360 console with 3 month Xbox Game Pass PC subscription! Through this purchase, you’ll gain instant access to an ever-expanding digital library of popular Xbox games. The service is in many ways similar to EA Play 12 month or 3 month membership, but the Xbox Game Pass list is different as it also includes games from numerous third-party publishers. Xbox Game Pass PC code is an excellent choice for new Xbox owners as it’s one of the best ways to get acquainted with some of the most celebrated gaming titles on the entire platform!

With 3 month Xbox Game Pass PC subscription players are granted the freedom to seamlessly enjoy over 100 popular gaming titles released throughout multiple generations of the Xbox consoles. Play exclusive Xbox games like Forza Horizon 4, Sea of Thieves, Gears of War, Halo: The Master Chief Collection among many other ambitious indies and AAAs! It should also be noted that all of the games, even the earliest classics included in the Xbox Game Pass list are actually backwards compatible with the 8th generation Xbox One, making 3 month Xbox Game Pass subscription purchase a perfect opportunity to personally experience and explore the rich history of Xbox gaming!

All of the Xbox Game Pass games can be downloaded for an unlimited number of times throughout the duration of the membership, but once the subscription ends, access will return only after the service is renewed. Conveniently, your game progress will be saved and Xbox Game Pass PC subscribers get a 20% discount if they want to buy games and own them permanently. In addition, 3 month Xbox Game Pass subscription gives 10% discount for all DLC and add-ons making Xbox Game Pass price a worthy gaming investment!

Okay, so you’ve bought the Xbox Game Pass code, what’s next? How to receive all the above-mentioned benefits? How to activate this key? What’s this code all about? Look no further because you’re fully covered! Here are the two most convenient ways on how you can activate your prepaid key codes! 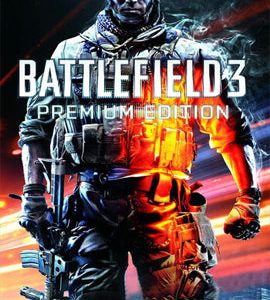